Ill-advised Medicare reimbursement cuts are being implemented, and more may be on the way.

Learn more about CMS’ site-neutral cuts and their impact on hospital outpatient departments and patients’ access to care in our latest blog post.

Our 51st annual conference featured a program packed with educational sessions on a variety of topics, networking opportunities and our annual awards luncheon. Learn more about HANYS President Bea Grause’s annual address and this year’s award recipients in the stories below. Look for more conference highlights in HANYS News next week.

In her annual President’s Address on June 20, HANYS President Bea Grause emphasized that, in line with the Annual Membership Conference’s theme of Resiliency in Healthcare: Building a Sustainable Future, healthcare providers will need to rely on their resilience to tackle these problems while simultaneously positioning themselves for the future.

She identified three key attributes of resilience that New York’s healthcare providers can further develop and deploy as they work to both succeed in today’s challenging, fast-changing healthcare environment and clearly articulate and implement their vision for the future of healthcare.

Speaking to focus, Bea said that members must clearly understand their organization, their industry and the larger economic issues and threats they face. “Staying clear amidst the chaos has never been an easy task,” Bea said, while noting increasing challenges require more time spent, not less, reflecting and recharging before taking action. “Moves have to be well thought out because there’s less wiggle-room to make a mistake.” Bea said that in this environment, HANYS is focused on protecting and optimizing provider reimbursement because without financial stability, providers cannot fulfill their mission of providing care in their communities. She noted that HANYS’ advocacy also strives to help shape the role of government in healthcare to be “a partner, not an albatross.”

Grit requires “a willingness to get into the arena; a willingness to work through the discomfort, the obstacles, the tough conversations — authentically and with everything you’ve got.  And if you try and fail, then you get to come back and have another go at it.” Bea reflected on HANYS members’ advocacy efforts on a few days’ notice this year to protest one billion dollars in Medicaid cuts. Bea elaborated on two focus areas at HANYS where grit plays a role: its commercial payer agenda and ongoing performance improvement work. She also offered examples of where that grit is bearing fruit.

To be nimble, Bea urged members to have goal clarity, role clarity and great teamwork. “You need good data to improve your ability to act, but often you need to rely on your gut to figure out what has to change and what needs to stay the same.  In short, you need to be decisive and clear when the world is anything but that.”

According to Bea, “Next year will not be for the faint of heart,” as 2020 is an election year in which healthcare will be at the front and center in both the federal and state arenas. She spoke about the work HANYS will be doing in the months ahead to set its policy agenda and position hospitals as leaders for tomorrow while expanding coverage and high quality care for all who need it. She closed by thanking members for all their organizations do for their patients and their communities. 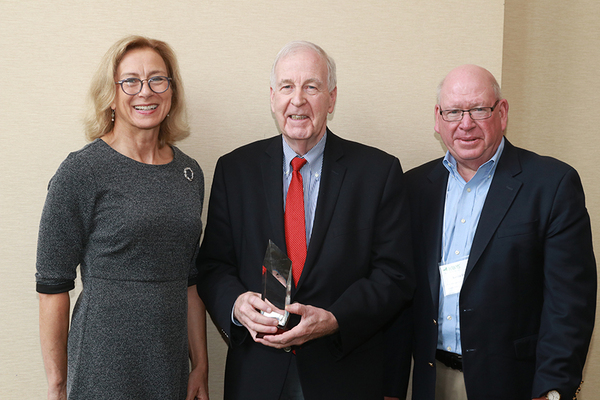 A tireless advocate of improving the delivery of healthcare for all residents in New York, Sen. Hannon chaired the New York State Senate Health Committee for 23 of his 29 years in the Senate and served an additional 13 years as a member of the New York State Assembly.

Sen. Hannon is regarded as the spearheading force behind many major healthcare initiatives in New York, including the original Health Care Reform Act and its subsequent reauthorizations and the development of New York’s Assisted Living Program. He has negotiated numerous healthcare provisions in state budgets and his determination helped to move the state to enact and/or improve popular health programs that provide health coverage for children and adults; coverage for autism, prostate and breast cancer screenings; and drug coverage for seniors. Sen. Hannon has also been a champion of early intervention efforts in healthcare.

Learn more about HANYS’ recognition of Sen. Hannon in our press release. 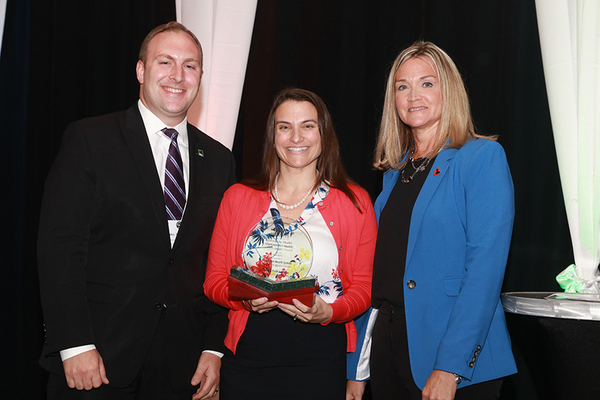 Montefiore Health System’s initiative aimed to increase the supply/availability of and demand for healthier foods in communities where its patients and associates live, while reducing the promotion and availability of less healthy options, through advocacy and leadership.

Watch our video to learn more about Montefiore Health System’s program and its results. Read our press release for more details.

HANYS recognized healthcare providers’ great achievements in improving healthcare delivery with its presentation of the 2019 Pinnacle Award for Quality and Patient Safety. For the first time, five programs were recognized, as there was a tie in one category.

HANYS’ 2019 Pinnacle Award winners are listed below. Read our press release for more details about each award-winning program.

Watch our video to learn more about Rochester Regional Health’s initiative and its results.

Saratoga Hospital received HANYS' Pinnacle Award for the category of Hospital with Less than 200 Beds for Achieving Universal Sepsis Excellence through a Patient- and Staff-centered Culture along with Alignment of Purpose, People and Processes.

Watch our video to learn more about Saratoga Hospital's initiative and its results.

NYC Health + Hospitals/Bellevue received HANYS' Pinnacle Award for the category of System or Hospital with More than 500 Beds for Ventilator-associated Pneumonia in Adult Trauma Patients.

Watch our video to learn more about NYC Health + Hospitals/Bellevue's initiative and its results.

Stony Brook University Hospital received HANYS' Pinnacle Award for the category of System or Hospital with More than 500 Beds for Quality Diabetes Care: Creating a Culture of Excellence through Innovation.

Watch our video to learn more about Stony Brook University Hospital’s initiative and its results. 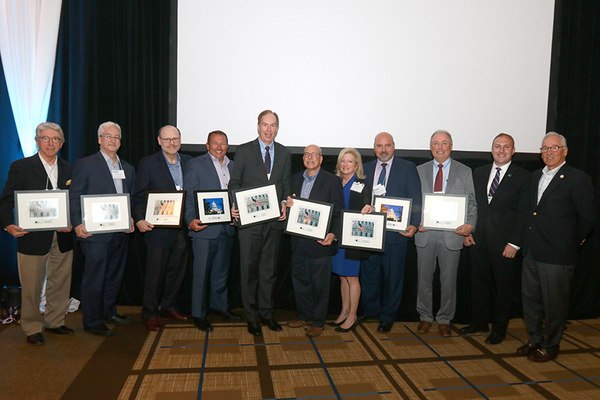 On June 20, HANYS presented the 2018 HANYS PAC MVP and American Hospital Association PAC MVP awards to recognize those who led our political action and advocacy efforts last year. These awards highlight the collective efforts of our members that have shown a special commitment to advocacy participation. 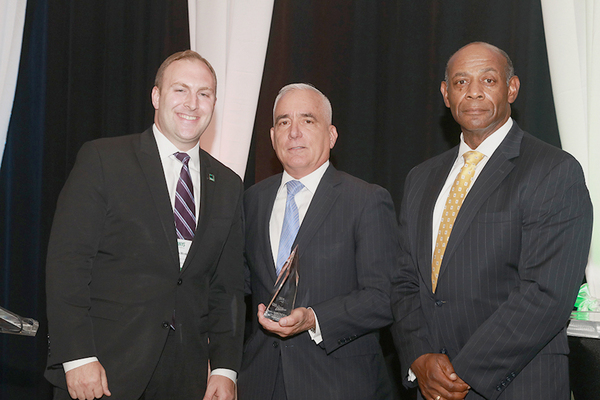 Located in a congressional swing district that has had frequent turnover of representation in Congress, Dr. Messina has always stepped up to ensure that new members of the delegation on both sides of the aisle are well informed about the advocacy priorities of not just RUMC, but the entire hospital community.

Dr. Messina frequently partners with HANYS to help advance our collective agenda, including on issues related to Graduate Medical Education, the 340B drug pricing program, Medicare and Medicaid Disproportionate Share Hospital funding and emergency preparedness. An active member of the HANYS Board of Trustees, Dr. Messina is a leader and resource for members of the New York congressional delegation, who regularly look to him as they tackle challenging issues in Washington.

AHA’s Grassroots Champion Award recognizes hospital leaders who most effectively educate elected officials on how major issues affect the hospital's vital role in the community, who have done an exemplary job in broadening the base of community support for the hospital and are tireless advocates for hospitals and patients. The award is presented annually to one individual from each state.