As keynote speakers, panel participants, and conference or event speakers, HANYS’ experts are prepared to share insights on a variety of state and federal healthcare topics, from policy and reform to quality initiatives, managed care solutions, innovation, healthcare trends, cybersecurity, and more.

Explore our Speakers Bureau to learn more about HANYS’ experts, and inquire today about their availability to participate in your upcoming event.

Have a topic in mind?

We can help identify the right speaker for your audience. Inquire now 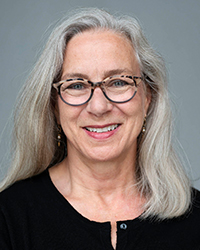 Bea Grause began her tenure as president of the Healthcare Association of New York State in 2016, after serving as president and chief executive officer of the Vermont Association of Hospitals and Health Systems for 14 years. In that position, she successfully led Vermont hospitals through a variety of reform initiatives, including the state’s single-payer debate, continuously and intentionally building the hospitals’ brand as trusted, competent leaders.

Before her work in Vermont, Grause spent 10 years in Washington, D.C., in a variety of positions. She began her D.C. tenure as a legislative assistant; first in the office of Rep. Norman Y. Mineta and then for Rep. Joseph P. Kennedy II. After she left Capitol Hill, Grause simultaneously held senior governmental affairs positions with the Tennessee Hospital Association and Massachusetts Hospital Association. She spent three years working as counsel with the law firm of Foley, Hoag. In this role, she developed tailored legislative and regulatory strategies for many healthcare clients. Grause previously worked as a registered nurse, primarily in the emergency room and intensive care areas at Santa Clara Valley Medical Center of California.

She completed a three-year term (2012 to 2015) as an at-large member of the American Hospital Association board of trustees, including a 2015 term on the AHA Executive and AHA CEO Search Committees. As part of her AHA board responsibilities, she also served as chairman of the AHA Allied Advisory Committee on Medicaid.

Grause earned her Juris Doctorate in 1991. She earned a Bachelor of Science in nursing from Boston College in 1979 and is currently a Fellow of the American College of Healthcare Executives. She is also a 2003 graduate of the Vermont Leadership Institute. 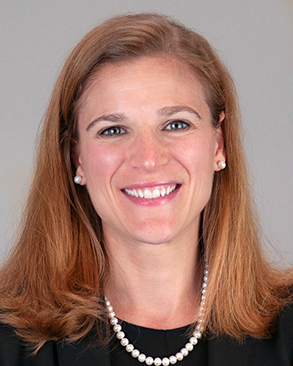 Before joining HANYS, Batt served as vice president, federal relations, for the Illinois Health and Hospital Association. In that role, she expanded the profile of IHA’s Washington office and advanced IHA’s advocacy agenda, including successfully securing federal approval of a comprehensive redesign of the state’s provider assessment program.

Ms. Batt served nearly eight years in the office of U.S. Rep. Eliot Engel (D-NY) and as senior policy advisor she managed his health portfolio on the Energy and Commerce Committee. After leaving Capitol Hill, Batt spent three years managing the federal relations portfolio for the University at Buffalo, State University of New York, and four years as a program analyst at the Centers for Disease Control and Prevention focusing on HIV/AIDS, viral hepatitis prevention and workplace safety.

Batt graduated from Hamilton College in Clinton, NY and currently resides in Alexandria, VA with her husband and two children. 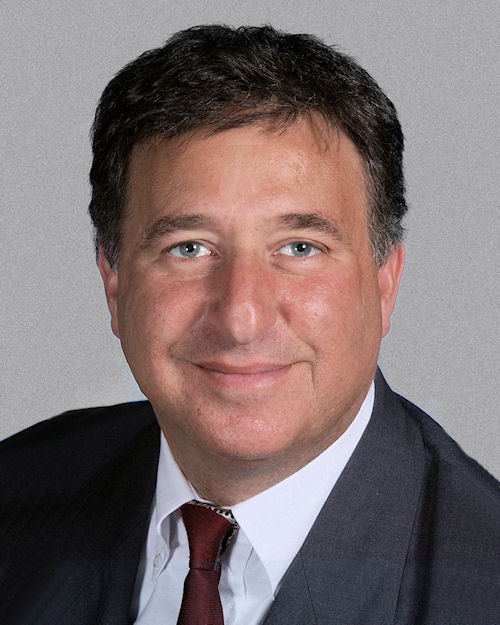 Before starting at HANYS, Gold was special counsel for healthcare to the New York state Attorney General. He served four Attorneys General in New York and was the founding chief of New York’s Health Care Bureau in 1997. Gold joined the Attorney General’s office in 1987, and oversaw units of the Attorney General’s office at Helen Hayes Hospital in West Haverstraw; Roswell Park Cancer Institute in Buffalo; and the three State University of New York medical centers in Brooklyn, Syracuse and Stony Brook. Before 1987, he worked at two private law firms in New York City, with a focus on civil litigation. He is a frequent lecturer at Bar Association meetings, healthcare conferences and Healthcare Financial Management Association events and has published several articles. He is vice chair of the American Bar Association’s Health Law Section. Gold has a Bachelor of Arts degree from the University of Pennsylvania and a Juris Doctorate from Brooklyn Law School. 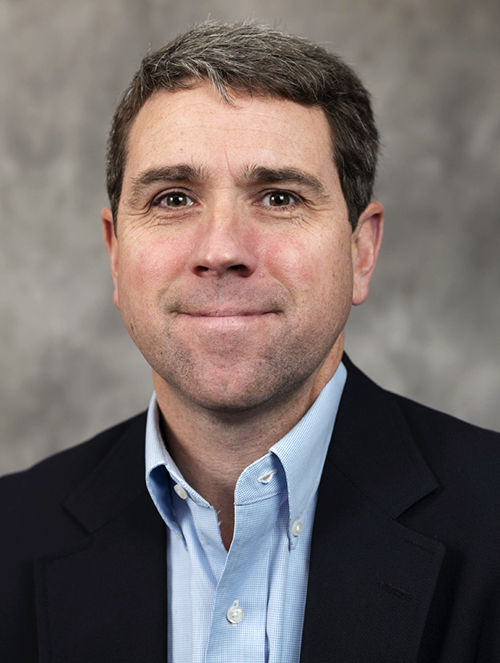 Kevin Krawiecki leads HANYS fiscal policy and data informatics division. He has compiled nearly 15 years of Medicare and Medicaid fiscal policy experience during his tenure with HANYS, serving in various capacities including data analyst and data product director for both HANYS and its analytic subsidiary DataGen, and associate director of federal relations in HANYS Washington, D.C. office during the development and implementation of the Affordable Care Act. In his current capacity, In his current capacity, Krawiecki focuses on the development of rational fiscal policy at both the state and federal levels. He received his undergraduate degree from the State University of New York at Oswego. 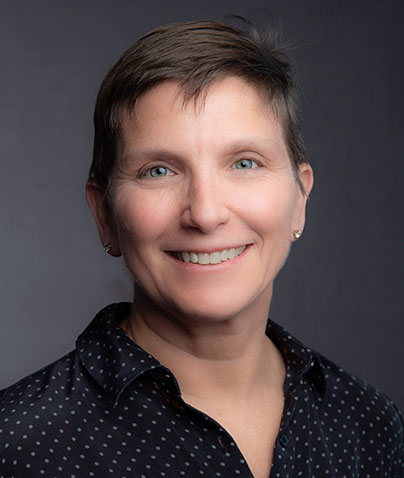 Kathleen Rauch has more than 20 years of experience in healthcare quality, patient safety and regulatory and accreditation compliance. Working in the acute care setting, she has served as a lead on initiatives for adopting the Just Culture methodology, achieving zero preventable harm and implementing strategies to improve performance on value-based payment programs. Rauch has been published in the Journal of Healthcare Quality and has served as a presenter at regional conferences where she has shared readmission reduction strategies. As vice president of HANYS’ quality advocacy, research and innovation division, Rauch provides strategic direction, planning, coordination and oversight for development and execution of HANYS’ quality and patient safety agenda. She oversees numerous quality improvement grant projects, directs the formulation of advocacy and education strategies for HANYS’ quality agenda, collaborates with HANYS members, advocates on their behalf with regulators and policymakers and develops collaboratives and other educational resources. She holds a Master of Science in healthcare quality and safety from Thomas Jefferson University. 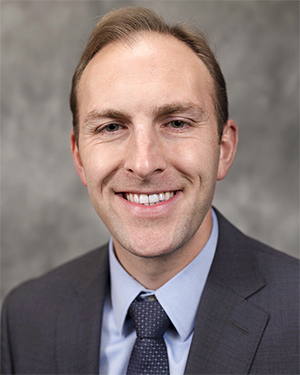 As vice president of external affairs, Nick Henley is HANYS’ point person for interacting with the senior leadership of hospitals and health systems across the state. He directs HANYS’ member services, including industry-leading member engagement efforts, analysis of healthcare system and market trends and development of strategic public policy.

Henley also serves as executive director of Healthcare Trustees of New York State, principally focused on assisting healthcare board members through education, communications and advocacy. In this role, Henley works directly with the HTNYS board and oversees HTNYS’ advocacy and educational initiatives.

Before coming to HANYS in 2005, he worked at the Schuyler Center for Analysis and Advocacy in Albany and in various capacities at St. Peter’s Hospital in Albany. Henley graduated from Brandeis University in Waltham, Massachusetts, with a Bachelor of Arts in economics and from the School of Public Health at the State University of New York at Albany with a Master of Public Health concentrating in health policy and management. 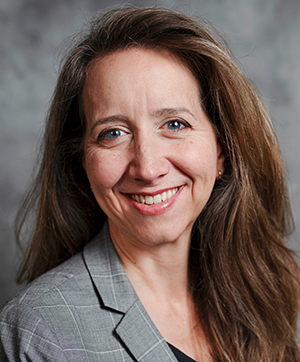 Amy Nickson provides oversight and implements HANYS’ state governmental affairs and advocacy strategies. Through her career in government and advocacy, she has gained extensive experience in New York State health policy. Before joining HANYS in February 2018, she served as Vice President, Policy and External Affairs, at Community Health Care Association of New York State. Before that, Ms. Nickson spent ten years working for the Department of Health (DOH), culminating in serving as Assistant Commissioner of the Office of Governmental and External Affairs. In that role, she was responsible for advising the Commissioner of Health and senior officials in the Governor’s Office and the Division of the Budget on policy matters. She also served as a key representative in Executive Budget development and annual negotiations with the Legislature. Prior to this, she served as Deputy Director of DOH’s Office of Governmental Affairs. Before joining DOH, she spent a decade in the New York State Assembly, where she served as a legislative analyst working on a variety of human services-related issues. Ms. Nickson holds a Bachelor of Arts degree in Political Science from the University of Richmond. 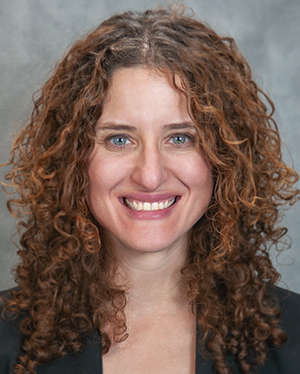 Sandi Toll is responsible for overseeing all of HANYS’ legal, compliance, and contractual matters, including those of HANYS’ affiliated organizations and for-profit subsidiaries. She joined HANYS as General Counsel in February 2018 after serving as First Assistant Counsel to Governor Andrew Cuomo, a position she attained in July 2015, after serving nearly two years as Assistant Counsel to the Governor, where she advised the Governor and policy staff on legal matters related to a variety of health issues.

Before that, she was a partner at the law firm of Jenner & Block LLP. As a member of the firm’s healthcare litigation and complex commercial litigation practices, she represented clients on healthcare fraud and abuse matters, supervised and conducted internal investigations, and maintained an extensive pro bono practice. While at Jenner & Block, she was named an Illinois Super Lawyers “Rising Star” in healthcare.

Ms. Toll began her career as an elementary school teacher (second grade) in Compton, California, from 1997 to 1999 as part of Teach for America.

Have a topic in mind?

We can help identify the right speaker for your audience. Inquire now